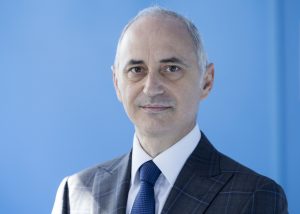 Prof. Assoc. Dr. Elvin Meka has more than 16 years of experience in central and commercial banking, capital markets and securities in Albania, as well as about 8 years of academic experience as deputy. Dean & Head of the Department of Finance and Deputy. Rector for Academic Process, at the European University of Tirana (UET). Prof. Assoc. Dr. Elvin Meka has worked for various institutions, such as: Bank of Albania (Issue Department, Monetary Operations Division), Tirana Stock Exchange Department), Tirana Stock Exchange JSC (General Director), Albanian Banking Association (General Secretary) ) and Emporiki Bank – Albania, Credit Agricole Group (General Financial Director – CFO) and University College “Luarasi” (Administrator). He has been a member of the Business Advisory Council (in the Ministry of Economy, Trade & Energy), a member of the board of the Mountain Development Agency (MADA), Chairman of the Internal Audit Committee (in the Ministry of Finance), and currently is the Editor-in-Chief of the Magazine “BANKIERI”, published by the Albanian Association of Banks (AAB), Chairman of the Supervisory Board of AK Invest, and a member of the Internal Audit Committee of INSIG 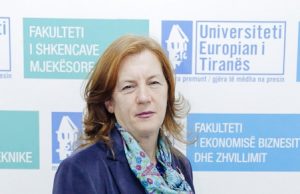 Has diverse experience, almost 40 years in various fields, including decision-making at the highest level. In particular, he has 18 years of experience in teaching at (post) university level and 20 years of experience in research; In the period 2011-2019 he has led 10 degrees in BA programs, 55 degrees in MH + MP programs and 5 doctoral degrees at UET. He has participated with lectures and presentations in 7 international congresses of Public Policy, Social and Good Governance and in 9 scientific conferences with international participation in Tirana. She is the author of 1 scientific research monograph, 2 academic textbooks, 25 scientific articles (5 with impact factor), 18 policy papers, published in scientific journals at home and abroad, as well as 52 thesis oppositions at UET (9 in BA, 28 in MP + MES, 15 in Doctorate). 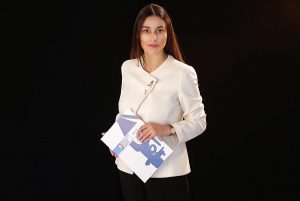 Head of the Department of Legal Sciences: Dr. Jonida Gjika

She initially started her professional career as a Lawyer in the Legal Directorate at the (D.P.Rr.) Ministry of Transport, and in 2008, she was appointed Director of the Legal Directorate in the Electronic and Postal Communications Authority, holding this position for more than 10 years.
Since 2007 she has been teaching continuously as a lecturer in several Public and Non-Public Universities in the country, at the Faculties of Law.

During his professional career he has developed short-term and long-term trainings, studies and various qualifications inside and outside the country, and has contributed to the drafting of legislation in various fields of Law. She is the author and co-author of several research and scientific articles published in prestigious journals at home and abroad. She has been a member of the Editorial Board of the Journal of Modern Education Review (JMER) ISSN 2155-7993 Academic Star Publishing Company, USA for several years.
She has several years of work experience as a legal trainer of administrative staff in the field of contractual legislation and taxation at private legal entities.

From 2020 onwards, she holds the position of Head of the Department of Legal Sciences at the Faculty of Legal, Political and International Relations at the European University of Tirana. 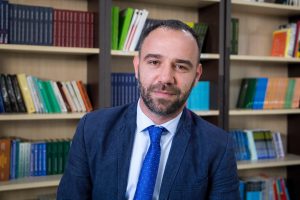 Participated in several national and international scientific conferences as well as author of scientific articles on issues related to political institutions, political parties and parliamentarism. From 2016-2017 vice. director of UET Doctoral School. Editorial in print media. From 2017-2018 director of the newspaper MAPO. Currently a lecturer in political science at the Department of Applied Social Sciences at the “European University of Tirana”, as well as Executive Director of the “European Pashko Institute”. 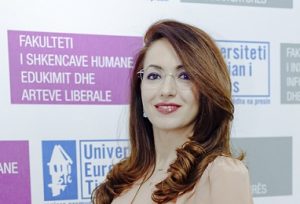 Head of the Department of Humanities and Communication: Prof. Assoc. Dr. Belina Budini

Prof. Assoc. Dr. Belina Budini is a lecturer at the European University of Tirana where she currently heads the Faculty of Humanities, Education and Liberal Arts and the Department of Humanities and Communication. Previously, she held the position of Head of the Department of Communication and Public Relations, in the period from 2013 to 2018. She completed Master studies at the University of London, Goldsmiths College and doctoral studies at the University of Tirana, for communication and media . Holds the rank of Prof. As. Dr. and is the author of the books “Three times of Albania in TIME, 1923-2013”, published in 2014 and “Edi Rama, pop (ulist) -star politician”, published in 2009. She is the author of many articles and analyzes of published in the media. He has organized, directed and participated in many national and international conferences, at home and abroad. Has brought in Albanian several international texts in the field of communication, collaborating with prestigious publishing houses such as Mc.Graw Hill Education, Macmillan Education, Sage, etc.

Prof. Assoc. Dr. Edi Puka graduated in 2003 at the Faculty of Education Sciences at the University “A.Moro”, Bari, Italy. In 2007, at the same university, he obtained the degree of “Doctor” in Educational Sciences. In 2006 he was elected Dean of the Faculty of Education, at the University “Aleksandër Moisiu”, Durrës, and then held the position of Vice Rector and Rector, at the same institution. Since 2012, he has been conducting his academic activity at the Department of Psychology, Education and Sports, at the European University of Tirana, where he currently holds the position of Head of Department. 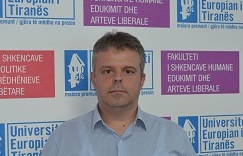 Head of the Department of Applied Arts – Dr. Ermir Nika

Doctor of Science Ermir Nika, has expanded his professional activity in several areas of important both in terms of artistic creativity and in terms of study and research scientific. In 2016 he defended the title Doctor of Philological Sciences with the topic: “The beginnings of modernity in Albanian novel prose, while in 2005 he completed postgraduate studies for the title Master at the University of Tirana, Faculty of History – Philology, branch Language – Literature. He would complete his higher studies in the field of language and literature in 2000 at the University of Tirana at the Faculty of History and Philology. Dr. Ermir Nika is the author of a series of literary and scholarly works. 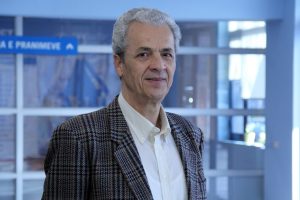 Head of the Department of Engineering and Architecture – Dr. Maksim Cipi

Has participated in Working Groups, Workshops, International Conferences, etc. inside and outside the country, presenting materials and papers in them;
Has actively participated in Seminars, Courses and other continuing education activities, inside and outside the country;
Has experience with over 40 years of work experience in professional activity, in the field of various structures from b.a. of b.a.p., as well as constructions in seismic areas, etc .;
It is registered with the “Ordine degli Ingegneri della Provincia di Roma”, since 2005;
Holds the License “In Design” and “For Supervision and Testing of Implementation Works”. 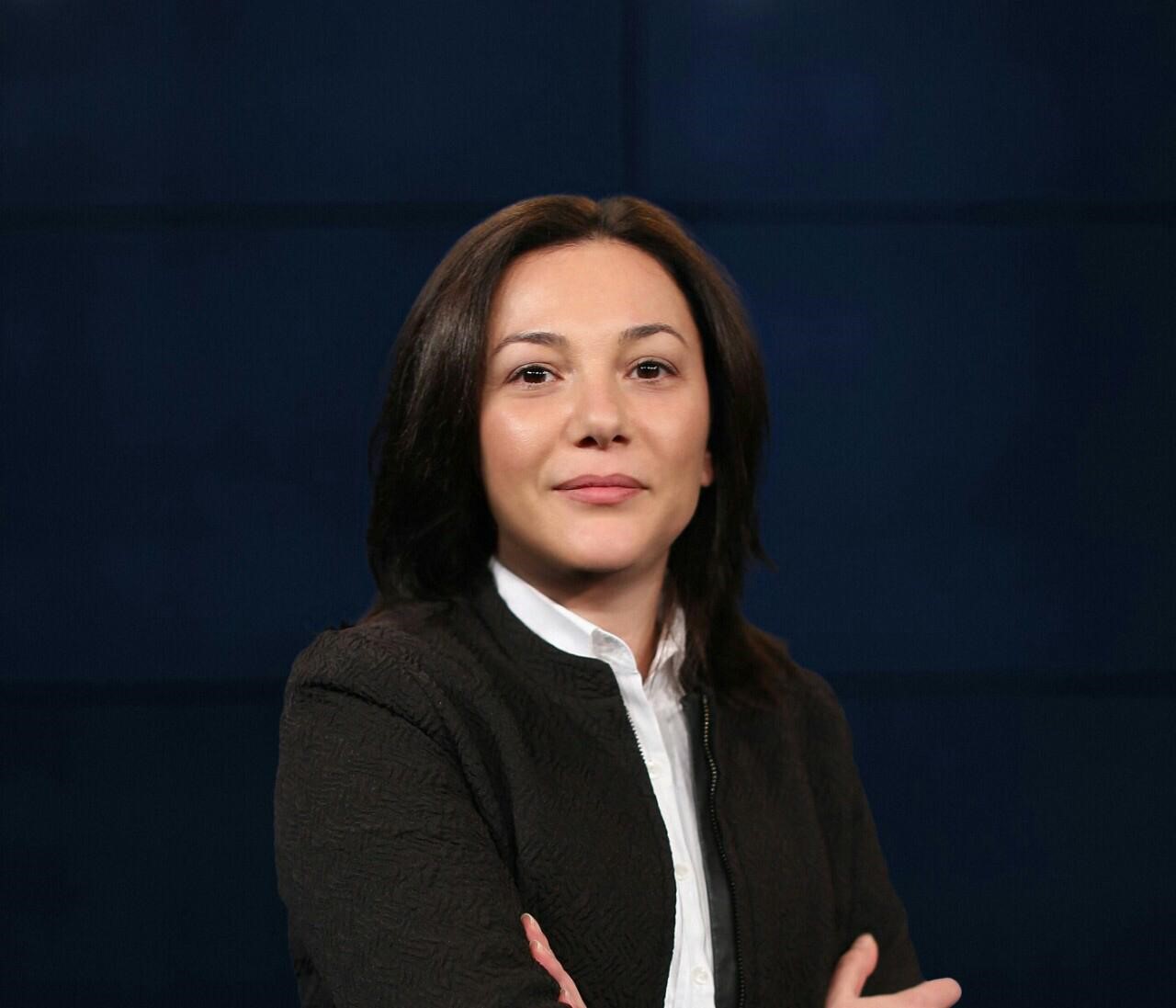 Head of the Department of Technology and Informatics – Dr. Aurora Binjaku 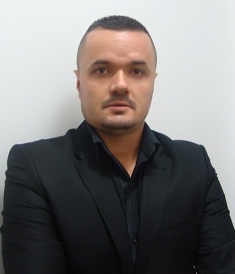 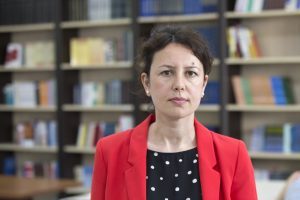 Head of the Department of Nursing and Physiotherapy – Prof. Assoc. Dr. Voltisa Lama